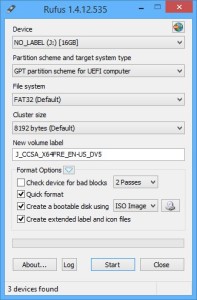 We are utilizing SQL Backup to Azure blob and had a meltdown today where the log backups were erroring out leaving us with 1TB files up in Azure that were locked.  Needless to say it happened late last night and so there were multiple hourly files in multiple folder structures all over our storage accounts.  It took a bit, but the following script clears out all the locks on blobs within a container in all directories.  Please use carefully and don’t run it against your “vhds” container!

Also, it requires the Microsoft.WindowsAzure.Storage.dll assembly from the Windows Azure Storage NuGet package.  You can grab this by downloading the commandline nuget file and running the below.  Note, it will dump the file you need into .WindowsAzure.Storage.<ver>libnet40

Break lease Script Below – one line modification from https://msdn.microsoft.com/en-us/library/jj919145.aspx

To get the optimal performance out of your Azure VMs running SQL servers, MS recommends to use Storage Spaces and stripe multiple Azure disks[1]. The nice thing about storage pools in Storage Spaces is that it allows you to add disks behind the scenes without impacting the actual volume.

Now lets say you have a SQL AlwaysOn cluster (2+ nodes), and for performance reasons (IOPS) you realize that you need to add more disks.  As Storage Spaces shows all disks (physical, virtual, and storagepools) across the whole cluster, it is possible you won’t be able to simply add them due to naming mismatch.  Fear not though, it is still possible if you follow the steps below:

Hopefully this helps someone as we were beating our heads in for quite a few days (along with MS).

We had an issue recently where an application was not properly getting disconnected from SQL during a failover of an AlwaysOn Availability Group (AOAG).  Some background:  The application was accessing the primary node, and after the failover the application continued to access the same node.  Unfortunately, as it was now read-only, the app was not very happy.

Turns out it was due to the Read-Only configuration of the secondary.  We had it set to “Yes” which allows any connections to continue to access the secondary with the assumption the application is smart enough to know it can only read.  It appears while using this setting, connections aren’t forcefully closed, causing all sorts of issue.

Setting it to either “No” or “Read-Intent Only” properly severed the connections for us.  Yay!